Owning a dog can be a fun experience, but it can also be quite stressful if they suddenly become ill. This is especially true if your pet develops a health condition many owners are not familiar with, such as blastomycosis.

Learn more about the symptoms of this rare and potentially fatal fungal infection, as well as the treatment options available and whether there are ways to prevent your dog from catching it.

Pro Tip: Pet insurance provides valuable peace of mind by ensuring your loved one has access to gold-standard veterinary care while minimizing your financial risk should they develop a health issue, such as blastomycosis infection.

What is blastomycosis in dogs?

Blastomycosis is a fungal infection caused by Blastomyces dermatitidis, a fungus that lives in the soil and decaying organic matter (such as rotting vegetation). Dogs usually are infected after inhaling fungal spores in the environment.

Blastomycosis mainly affects the lungs, eyes, and skin. However, a variety of other organs and systems can also be affected, including the heart, bones, lymphatic system, and nervous system. Without treatment, the disease can result in death.

In the US, Blastomycosis is most prevalent in the mid-Atlantic states, especially the warm and moist river valley regions in Ohio, Mississippi, Missouri, and Tennessee. It also occurs in the Southeastern states, the Pacific Northwest, and around the Great Lakes.

Infection by Blastomyces in dogs most commonly occurs when conidia, the infective fungal particles, are aerosolized. Certain weather conditions, such as rain, fog, and dew are thought to activate these particles, which are then inhaled or absorbed by the dog’s skin. Most cases of blastomycosis in dogs are diagnosed in early fall or late summer.

Are all breeds at risk?

Dogs of any breed, age, and sex can be infected. However, because the disease occurs in habitats characterized by moist soil that contains decaying vegetation such as marshes, birding dogs and hiking companions are considered to be at especially greater risk if they live in a geographic area where Blastomyces is present. Large-breed male dogs also seem to be more commonly infected. 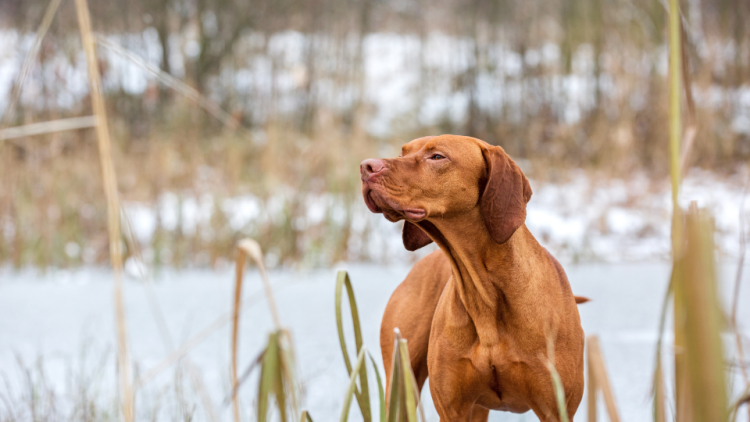 Can humans catch blastomycosis from their dogs?

Under normal circumstances, the disease is not transmitted from animal to animal or to humans. However, because the fungus is present in the shared environment of the infected pet and uninfected family members, humans and other animals are at risk for developing an infection from the spores in the environment as well.

As mentioned earlier, blastomycosis is considered relatively uncommon in humans. In the rare event that direct transmission does occur, it is when secretions from an open, draining wound on the dog come into contact with an open wound on the human. For this reason, if your dog is infected, be sure to follow strict hygiene rules when handling their lesions. Always wear protective gloves and wash your hands well after every contact with the infected pet. In most cases, the infected dog doesn’t need to be separated from other members of the household.

If you're concerned that you might have been exposed to blastomycosis or if your dog is infected, be sure to contact your physician. This is especially important if members of your family are small children, elderly, chemotherapy patients, or have a compromised immune system.

Depending on which system is affected, symptoms of blastomycosis in dogs can include:

In many dogs, the disease affects multiple organ systems. According to DVM360, respiratory issues occur in 65% to 85% of affected dogs. Skin lesions (open, oozing sores on the nose, mouth, or paw pads, pimples, rash-like lesions) are observed in 30% to 50% of canine patients. Ocular symptoms (blindness, eye redness, squinting) are also quite common, affecting around 50% of infected pets.

If your canine companion has been in an environment where Blastomyces might have been present in the six weeks before the onset of clinical signs, be sure to inform your veterinarian, especially if you traveled to this area.

How is blastomycosis diagnosed?

Blastomycosis can be tricky to diagnose because the symptoms are often non-specific. For instance, infections of the lung can look like cancer on imaging tests, whereas skin lesions can be mistaken for a skin infection.

The best methods for diagnosing the condition include:

Tissue samples might also be taken to check for the presence of fungal organisms. Other tests that might help make a final diagnosis include a urinalysis and an X-ray of the lungs or leg (if the dog is limping). There are also newer specialized tests that can help to identify the fungal organism in the blood and urine.

Blastomycosis is treated with oral antifungal medication (usually fluconazole or itraconazole), which can be quite expensive because of the duration of treatment. The medication must be administered for a minimum of six to eight weeks. In some cases, treatment can require more than one year in order to clear the infection.

In severe cases, the affected dog may need an extended period of hospitalization, especially if they suffer from severe respiratory symptoms. Dogs with dyspnea (severe difficulty breathing) might require supplemental oxygen.

Eye infections can be especially difficult to treat and your vet might refer you to a veterinary ophthalmologist (eye specialist). Topical eye medications can alleviate the discomfort and pain but usually don't help clear the infection.

In some cases, the affected organs need to be removed to eliminate the fungal organism, such as castration for male dogs with orchitis. In dogs who have lost vision due to the ocular form of the disease, the eye(s) might need to be removed to clear the infection. Most dogs do very well following enucleation (removal of the eyes), especially if they had previously lost their sight. In cases of severe bone infection, your pet might need limb amputation.

Canine blastomycosis patients are discharged from the hospital with instructions to administer ophthalmic or oral medications. Topical treatment of skin lesions might also be required. 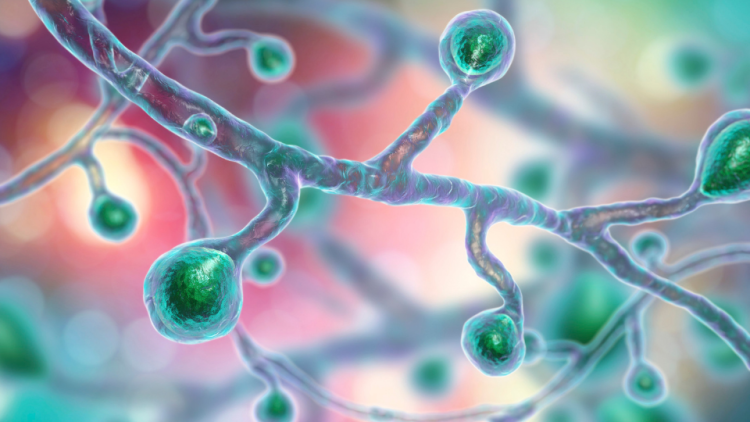 Pro Tip: The cost of diagnosis and treatment of blastomycosis can be quite high. X-rays, lab work, and biopsy can cost from $500 to $1500, whereas the monthly cost for the long-term antifungal medication can be between $150 and $750. With the right pet insurance plan, you can be reimbursed up to 90% of your vet bills for unexpected illnesses and accidents.

The initial prognosis for dogs with blastomycosis is guarded and depends on the response to treatment. According to the Merck Veterinary Manual, approximately 70% of dogs will reach a clinical cure. The prognosis is better for patients with mild disease at the time of diagnosis.

In most cases, the critical period is in the first 24 to 72 hours of treatment, during which the medication is taking effect. In some cases, a severe inflammatory response might occur as the medication begins to kill off the fungal organisms, resulting in respiratory distress because of the large number of organisms in the lungs.

Even when treatment appears to be successful, there is a risk of relapse that can occur months to years after the initial infection. Up to 20% of dogs who have recovered will experience relapse. Patients with the ocular, nervous system or testicular involvement seem to be at higher risk of relapse.

Follow-up testing of the urine with a urine antigen test is usually recommended in order to determine whether the treatment plan is working. Chest X-rays can be used to help determine response to treatment and reveal any permanent changes in the lungs that might have resulted from the treatment.

There is no vaccine to prevent blastomycosis in dogs. The only thing pet dog owners can do is keep their canine friends away from marshy landscapes, as well as streams and lakes where the risk of exposure is the highest. If you live or spend time in high-risk regions, this will likely be difficult, but you should at least try to stay away from dark, dense areas where the fungus thrives, especially if your pet's immune system is already weakened.

Dr. Kate Boatright, VMD, works as a small animal general practitioner, freelance speaker, and author in western Pennsylvania. Since graduating from the University of Pennsylvania with her veterinary degree in 2013, she has worked throughout Pennsylvania as both a general practice and emergency veterinarian. Both in the clinic and outside of it, Dr. Boatright enjoys building relationships with her clients and educating pet owners on how they can keep their pets as healthy as possible. She loves being a veterinarian and educating students and colleagues on wellness, communication, and the unique challenges facing recent graduates. Outside of the clinic, she is active in many veterinary organizations, enjoys running, watching movies, and playing games with her husband, son, and cats.

10 Photos of Cats Being Household Heroes

10 Inspiring Photos of Heroic Dogs Caught in the Act