If you’re making some baked goods, chances are your mouth-watering pup is standing right next to you. But is cinnamon safe for dogs?

The answer is yes, dogs can safely eat cinnamon. Cinnamon offers many health benefits for canines. Pastries and desserts might not be the best food to share with your pup, but there are many cinnamon dog treats they can safely snack on.

Keep reading to find out how cinnamon can benefit your pet, how to incorporate this spice into your pup's diet, and what to watch out for.

Pro Tip: If your dog manages to get into your cabinets and eats too much cinnamon (or another spice), they might end up with gastrointestinal (GI) issues among other problems. Having pet insurance can give you peace of mind knowing that you will have financial assistance to visit a vet if their symptoms do not subside.

Even though cinnamon isn’t a necessary addition to your dog’s diet, it is non-toxic and dogs can safely consume it. Here are some of the health benefits this fragrant spice offers for your canine friend:

Is cinnamon safe for dogs?

There are two different varieties of cinnamon found in most markets: Cassia cinnamon and Ceylon cinnamon.

Cassia cinnamon comes from the C. cassia tree, found in China, whereas the Ceylon variety comes from the C. verum tree, which grows in Sri Lanka. Cassia cinnamon has a dark brown color, rougher texture, and thicker sticks. It’s also cheaper and widely available. Ceylon cinnamon is lighter in color and tastes sweeter. Because of its price, it is more difficult to find and is usually available in specialty spice markets and healthy food stores.

Ceylon cinnamon is a better choice for dogs because it contains higher levels of coumarin, a compound that is known to be toxic to the kidney and livers in humans when ingested in large amounts. Although there’s no information about what amount of the spice can cause kidney or liver toxicity in dogs, it’s best to stay on the safe side and only feed cinnamon in small amounts. 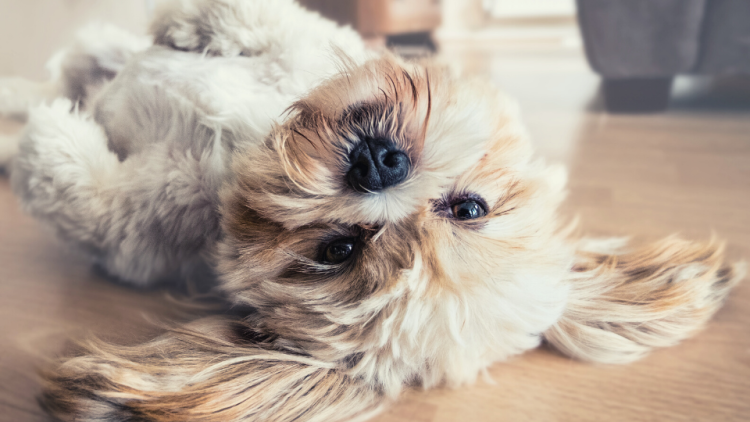 What are the risks of feeding dogs cinnamon?

Even though this spice is technically safe for canine consumption, it doesn't come free from risks.

Cinnamon sticks can cause digestive and skin irritation in both humans and pets, especially if consumed in big amounts. Ingesting ground cinnamon, cinnamon sticks, and cinnamon oil can irritate your pup’s mouth while inhaling cinnamon powder can cause cough, difficulty breathing, and choking.

How much cinnamon can dogs eat?

In most cases, more than one teaspoon of cinnamon powder is needed to cause problems for your dog, but cinnamon essential oil can cause issues in smaller dosages. In addition, small breeds can be sensitive to smaller amounts of cinnamon than large breed dogs.

Cinnamon overdose can result in diarrhea, vomiting, low blood sugar levels, liver disease, and changes in heart rate. If you want to include cinnamon into your dog's diet, be sure to consult your vet first.

If your dog ingested a big amount of cinnamon, you don’t need to panic. The spice isn’t fatal to dogs, but it can cause uncomfortable side effects, which is why you should call your veterinarian.

Pro Tip: An unexpected vet bill for a bad stomach upset or accidental poisoning can present a large financial burden for owners without a valuable pet insurance policy to cover the cost of treatments. Be sure to get your dog insured as young as possible because providers don’t cover pre-existing conditions.

Can dogs eat cinnamon rolls and other baked goods?

While cinnamon is not toxic to dogs, you should avoid sharing cinnamon baked goods with your canine companion. The reason for this is that these baked treats like cinnamon rolls, cinnamon bread, cinnamon toast crunch, cookies, and cakes usually contain many different ingredients that can be dangerous to dogs. The most common ingredients found in these treats include butter, sugar, chocolate or cocoa powder, xylitol, raisins, some nuts, and nutmeg. 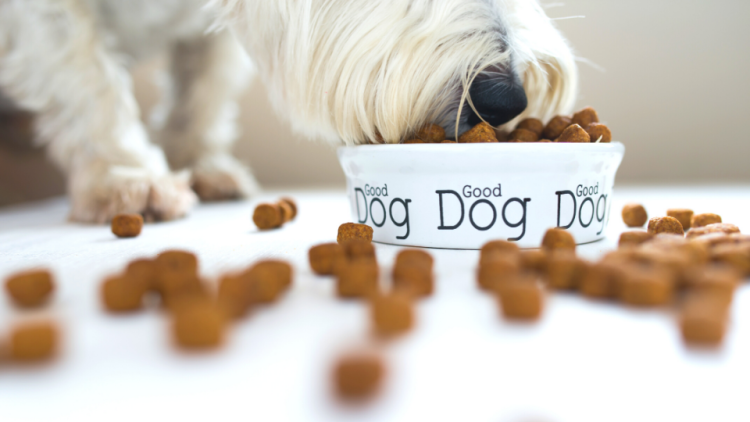 Be careful with nutmeg

While nutmeg and cinnamon are complementary spices, you should never give both of them to your dog as nutmeg contains myristicin, a naturally occurring compound found in nutmeg and plants like dill, parsley, and peyote.

Myristicin can be toxic to dogs and cause symptoms like disorientation, increased heart rate, dry mouth, drowsiness, hallucinations, increased blood pressure, abdominal pain, and even seizures. Fortunately, your four-legged pal would have to ingest a large amount of nutmeg (about one to three tablespoons) to experience myristicin poisoning. A small amount of the spice should only cause mild tummy upset.

If you suspect your dog has eaten nutmeg or baked products that contain nutmeg, contact your vet or the Animal Poison Control Center right away.

How to feed your dog cinnamon

As noted above, you should give cinnamon to your pup in small quantities. Half a teaspoon with food from time to time should be enough for your dog to reap all the beneficial properties this fragrant spice has to offer. You could also prepare dog-friendly cinnamon buns or other cinnamon baked treats that your pet will surely enjoy.

Ear Mites in Dogs: Everything You Need to Know