Osteosarcoma is a diagnosis that no pet parent wants to hear. The symptoms can be subtle, which is why owners need to know how to recognize them and seek treatment as soon as possible. The good news is, although the prognosis can be rather discouraging, there are options that could extend your pet’s life.

Pro Tip: In some cases, pet parents might not be able to afford the costs of chemotherapy and surgery. Pet insurance can help you avoid this situation. Compare pet insurance plans now to find the one that best suits your pup’s needs.

Osteosarcoma (OS or OSA) is a malignant bone tumor comprised of naturally occurring cancer cells that can quickly and aggressively spread to other parts of the body. In most cases, canine osteosarcoma develops as a large, hard lump on the dogs’ front legs. However, the dog’s rear legs, facial bones, jaw, vertebrae, ribs, and hips may also be affected.

The tumor, or sarcoma, can be rather painful, often causing dogs to walk with a limp to avoid placing pressure on the affected limb. If cancer metastasizes (spreads throughout the body), it can lead to many secondary health issues, such as respiratory distress upon impairment of the lungs.

How common is osteosarcoma?

OSA is the most common subtype of primary bone tumor in dogs and humans, making up more than 95% of all cases of canine bone cancer. Other types of bone cancer include fibrosarcoma, chondrosarcoma, and hemangiosarcoma. (Note that “primary” indicates where the disease originated, rather than metastatic cancer in the legs, ribs, or hips seeping into the bone that started somewhere else.)

Bone cancer is a rare disease in humans, but studies reveal incidence rates are 27 times higher in dogs.

Is osteosarcoma hereditary in dogs?

Several genetic risk factors increase the likelihood of a dog developing osteosarcoma. Male dogs also tend to suffer from bone cancer more often than females, as do dogs who are neutered or spayed before they turn one. The disease appears to be more prevalent among young dogs between 18 and 24 months old, in addition to seniors aged seven to nine. 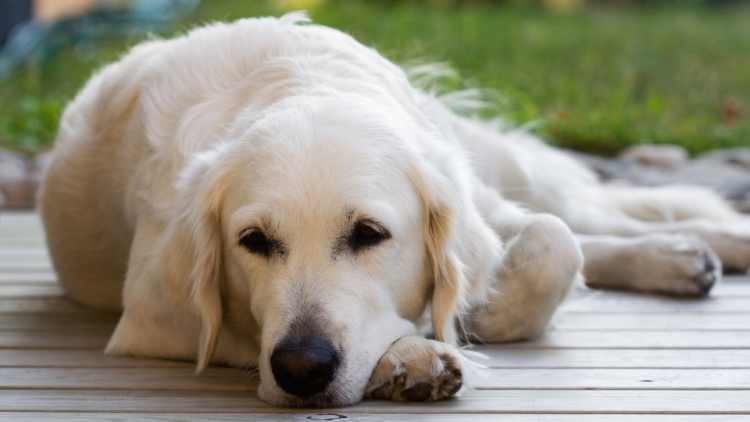 What dog breeds are prone to cancer?

There also appears to be a genetic risk factor present in large- and giant-sized dogs, with a higher prevalence of bone cancer in breeds such as:

Note that there are several types of cancer in dogs, and breeds prone to bone cancer are not necessarily genetically predisposed to lymphoma, for example.

What causes osteosarcoma in dogs?

The causes of osteosarcoma in dogs are unclear. Some theories suggest the disease development might be related to prior fractures, underlying bone diseases, and repeated bone injuries.

In most cases, multiple factors contribute to cancer in canines, some of which are hereditary while others are environmental. Osteosarcoma can affect all dogs, so it’s best to monitor your pet’s health with annual veterinary visits and be mindful of potential symptoms of bone cancer.

What are the symptoms of osteosarcoma?

The signs of a bone tumor in dogs can be subtle, making it challenging to detect early-stage osteosarcoma. Cancer first develops deep within the bone, so your pup might not feel any initial pain or discomfort. As cancer progresses and the tumor grows, you may notice them displaying the symptoms of osteosarcoma in dogs, including:

Be sure to see your veterinarian ASAP at first sight of a dog’s bone cancer symptoms. Canine osteosarcoma is extremely aggressive, and a swift diagnosis could help extend your pet’s life.

How to tell if a dog has cancer

Your vet will perform a general physical exam, as well as an orthopedic exam to rule out other potential causes of lameness.

The vet will also take X-rays, especially if there’s a lump on a dog’s leg. If they identify any problematic areas, a bone biopsy may be necessary to obtain a definitive diagnosis.

They might also order chest X-rays, a CT scan, and blood tests to assess the pet’s overall health and determine whether cancer has metastasized. Unfortunately, in more than 90% of dogs, the tumor will have already spread by the time of diagnosis, most commonly to the lungs.

If you suspect a bone tumor in your dog, be sure to talk to your vet immediately. They can make a proper diagnosis and discuss treatment options with you. 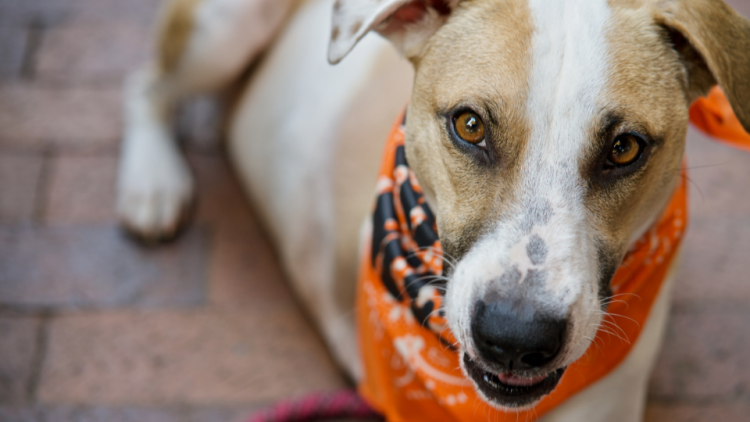 How to treat cancer in dogs

Treatment for osteosarcoma in dogs will depend on several factors, including the location of the tumor and whether the cancer has spread.

If the tumor location is in the limb, a veterinarian** will likely recommend amputation due to the cancer’s aggressive nature. Although it may sound like a very drastic step, dogs can function very well with three legs. Amputation is typically followed by chemotherapy to help extend the animal’s life.

When the surgical procedure is not possible due to the tumor location, stereotactic radiation can be beneficial. This may be an option before amputation in early-stage osteosarcoma if the cancer hasn’t affected a significant portion of the bone.

Palliative care aims to make a dog’s final days or weeks more pleasant with the proper use of pain management drugs, dietary strategies, and human interaction. It can also include conventional radiation therapy for pain relief.

How much does canine chemotherapy cost?

Osteosarcoma treatment costs can be very high, extending well beyond the $10,000 mark. It’s hard to determine the average cost of cancer treatment for dogs due to several variables, such as the dog's size, affecting the amount of chemotherapy required. Here's a breakdown of veterinary costs you can expect for bone cancer treatment in dogs:

Pro Tip: If your dog is prone to cancer, consider enrolling in a pet insurance plan while they’re still in good health. Hopefully, your pup is free of osteosarcoma, but pet insurance can help with other types of cancers, like skin cancer, as well as common illnesses, such as kennel cough.

Prognosis, recovery, and life expectancy of dogs with cancer

The prognosis for osteosarcoma in dogs will depend on several factors, including the severity of the disease and the selected treatment method. If you detect early-stage osteosarcoma and start treatment before cancer spreads, the chances of survival are better.** **If osteosarcoma metastisizes and extends to the lymph nodes, lungs, or other parts of the body, the dog’s outlook will be very poor.

Dogs with bone cancer have a median life expectancy of about a year if they receive chemotherapy and stereotactic radiation. The osteosarcoma survival time is similar for pets treated with amputation followed by chemotherapy. In contrast, with amputation alone, dogs can live with cancer usually for about three months. About 15% to 30% of dogs can expect a survival time of two years.

Osteosarcoma is often fatal, even with therapy and surgery. For this reason, many pet parents decide not to pursue treatment and instead choose euthanasia as the kindest option.

If your dog has osteosarcoma, consult your vet to determine the most appropriate course of action for you and your family.

List of Food Dogs Can (and Can't) Eat, According to Vet

Can Dogs Eat Garlic? Here's Everything You Need to Know