Thankfully, with routine veterinary care and good hygienic practices, Coccidia in puppies can be prevented or detected swiftly. Here’s what you need to know to help your pup achieve and maintain optimal health, free of parasites.

Pro Tip: As a pet parent, you might have already taken into consideration costs for routine preventative treatments like vaccinations and worming. But what happens if your puppy suddenly falls ill? At such an upsetting time, pet insurance can give you peace of mind that those unexpected vet bills can be taken care of, allowing you to focus on what matters most: helping your pup recover.

Coccidia is a protozean parasite that causes a disease known as coccidiosis common among puppies. Protozoa are microscopic, single-celled organisms that feed on organic matter such as tissue. Although they’re tiny in size, these parasites are highly resilient, capable of surviving in very low temperatures, and can exist in the environment for up to a year. There are multiple types of the Coccidia species, but the one that most often affects puppies is Cystoisospora (also called Isospora).

Puppies ingest the Coccidia parasite as immature oocysts1, which are cells that later divide and multiply as they feed. Oocysts release sporozoites, the infective agent, that attack the intestinal lining where they quickly reproduce and cause damage to the cellular wall. As the sporozoites reproduce, dogs shed more oocysts into the environment through defecation, which can then be picked up by another host.

How do puppies get Coccidia?

Puppies get Coccidia by picking up the protozoa when drinking or eating from a contaminated source, eating a host animal (such as a rodent or insect), or ingesting infected feces. Birds can also pick up infected feces and spread the contamination further.

Can humans get Coccidia from puppies?

All mammals are at risk of Coccidia, as well as some fish, birds, amphibians, and reptiles. However, the parasites that infect dogs with Coccidia are not known to cause harm in humans. Nearly all Coccidia infections in animals are specific to their own species.

Some less common species of Coccidia can potentially infect people. One of them is Cryptosporidium, which might be carried by cats and dogs, but is also found in the public water supply network of some major cities. This parasite species poses a risk for people with weakened immune systems, such as those with HIV, cancer patients, people taking immune-suppressing drugs, and the elderly.

Coccidia is common in puppies, as well as adult dogs with compromised immune systems, whereas healthy adult dogs typically develop a natural immunity to the parasite.

Coccidiosis can become very prevalent in conditions of overcrowding (in puppy mills, rescue facilities, pet shops, busy breeding kennels, and shelters), as well as in conditions of malnutrition and poor sanitation. Puppies who are stressed - for instance, after weaning, leaving their mother, or due to another illness - might show symptoms as well. 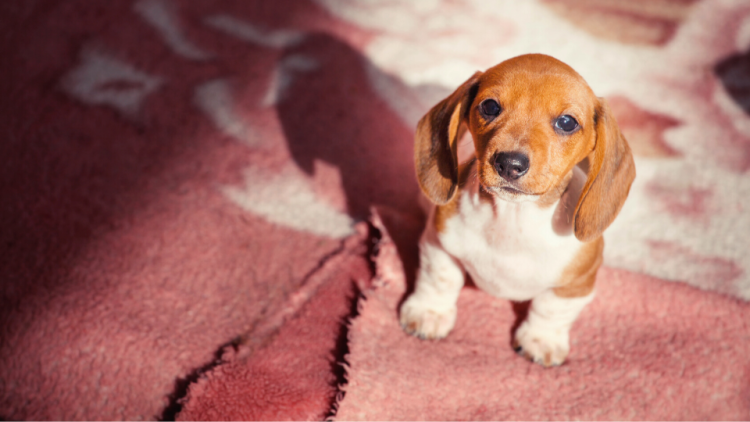 Symptoms of Coccidia in puppies

Many adult dogs infected with coccidiosis never show symptoms. Therefore, if one of your pets has a known infection, it’s important to have them all tested to prevent them from shedding oocysts into the environment.

The earliest symptom in puppies is usually mild diarrhea, which might become more severe, mucousy, and contain blood. Other typical symptoms of coccidiosis include:

In extreme cases, especially if the condition is left untreated, puppies and dogs with weak immune systems might die. If you see any of these symptoms, be sure to take your puppy to the vet right away.

A veterinarian will diagnose Coccidia based on the symptoms your puppy exhibits, information you provide, and tests they conduct. The vet might ask you how long your puppy has had diarrhea, if the diarrhea is becoming worse, if they still have a healthy appetite, if they are vomiting, and so forth.

After the vet performs a physical exam, they will likely test a stool sample using a fecal flotation test2 that mixes the stool with a special liquid that causes the parasite eggs to float to the top. The eggs are then collected with a glass slide and examined under a microscope.

The most common type of coccidia, Isospora canis, will be easily detected with this test, although careful evaluation must be made since oocysts are much smaller than the eggs of intestinal worms. Less common forms may be identified through a blood test. Results must be obtained from a stool sample that’s less than 24 hours old.

After confirming the presence of Coccidia, your veterinarian will likely prescribe sulfadimethoxine3, a sulfa-type drug that is usually given for five to 25 days. If your puppy has diarrhea, the vet might also recommend plenty of water and administering Pedialyte to prevent dehydration.

In more severe cases that cause puppies to experience significant distress due to weakness and dehydration, hospitalization might be necessary for fluid therapy and other medications. 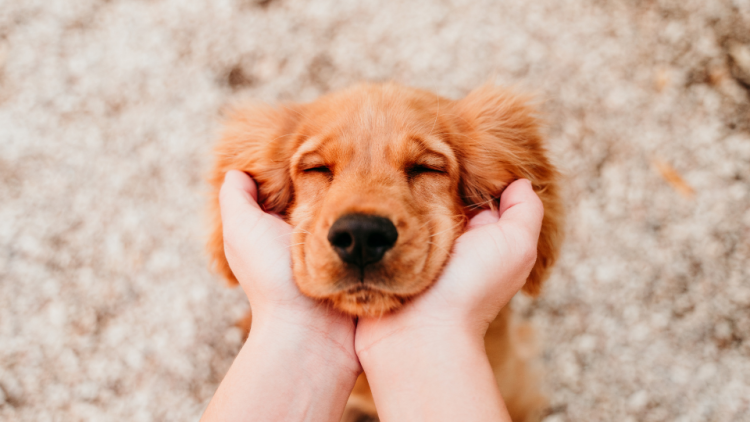 Pro Tip: Heartworm, fleas, ticks, and intestinal parasites are common threats to puppies and dogs, and can be fatal if left untreated. While preventive medications and routine vaccines can help protect against some parasites, research has shown that most dogs will suffer from a parasite-borne condition in their lifetime. This is one reason why owners should try to enroll their puppy in a pet insurance plan as soon as possible.

How long does Coccidia last in puppies?

One to two weeks following the completion of the treatment, a veterinarian will request a follow-up fecal test to make sure the parasite has been completely eliminated. Be sure to strictly follow your vet’s recommendations and complete the full prescription, even if your puppy appears to be feeling better.

The prognosis for Coccidia is generally good if caught on time and treated properly, and if the environment is properly decontaminated. All dogs must be treated in multi-pet families, regardless of whether they’re showing symptoms to prevent recurrence or worsening cases of coccidiosis.

How to prevent Coccidia in puppies

Reinfection with coccidia is very common, which is why environmental disinfection is very important, especially in kennels and other environments where a large number of dogs reside.

Can Dogs Eat Raw Meat? Here's Everything You Need to Know

Can Cats Eat Chocolate? Here's Everything You Need to Know

Can Dogs Eat Celery? Here's Everything You Need to Know

Can Dogs Eat Honey? Here's Everything You Need to Know

Can Dogs Eat Avocado? Here's Everything You Need to Know

Can Dogs Eat Blueberries? Here's Everything You Need to Know

Can Dogs Eat Peaches? Here's Everything You Need to Know