A congenital condition refers to a health issue present at birth. It could be genetic, or may result from environmental causes, dietary deficits, or trauma during pregnancy. Although a puppy might have a congenital disease from the moment they were born, often times symptoms do not appear until the puppy reaches adulthood.

Congenital conditions are estimated to affect 0.2% - 3.5% of all puppies. They can affect the eyes, musculoskeletal, genitourinary, neurological, and cardiovascular systems, among other body systems. They are sometimes brought on by a mix of environmental and genetic factors.

If you’ve recently adopted a dog or are thinking about brining a little one home, this post will cover common congenital puppy problems to be on the lookout for.

What are the most common congenital conditions in puppies?

Dogs are believed to be genetically inclined to become sensitive to allergens in the environment. They can be affected by different types of allergies including food allergies, skin allergies, dust and dander allergies, pollen and mold allergies, and insect allergies.

An allergy test for pets (RAST test or radioallergosorbent test) can be used to determine whether your puppy is allergic to certain antigens.

Treatment involves expressing or emptying the sacs, along with antibiotics and pain relief medications.

Congenital cataracts are common in many dog breeds, including Labrador Retriever, American Cocker Spaniel, Boston Terrier, and French Poodle, to name a few. Cataracts can appear at birth or develop later in life. Trauma, diabetes, retinal disease, and advanced age are some of the other reasons for cataracts.

Congenital cataracts are removed with surgery, which can happen within a few weeks of the diagnosis, as early as six to eight weeks of age.

A heart murmur in dogs is an abnormal sound caused by turbulent blood flow within the heart and is normally detected with a stethoscope.

A heart murmur in a puppy could indicate a congenital condition with a wide range of symptoms, from moderate sickness to severe or even incurable disease. Not all murmurs, however, are pathogenic, and 'innocent' heart murmurs are common in small puppies. 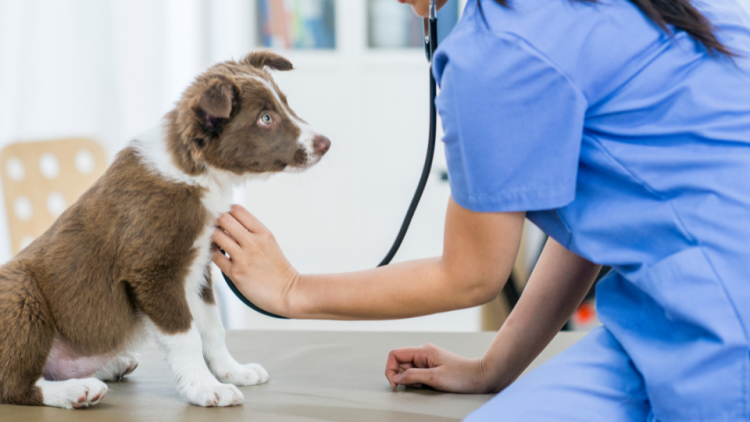 What are congenital pet defects in puppies?

A cleft palate is a facial and jaw deformity that appears in puppies during the embryonic period. This congenital abnormality can vary in severity but usually results in an open area in the roof of the mouth to the breathing passages, which can cause nursing respiratory infections and nursing issues.

Cleft palate is more common in purebred dogs, and brachycephalic breeds, which are known for their short and stubby faces. Such breeds include Bulldogs, Boston Terriers, Beagles, Pekingese, Miniature Schnauzers, Dachshunds, and Cocker Spaniels.

The majority of cleft palates can be corrected surgically.

Polydactlyism, also known as Polydactyly or PPD, is a rare defect where the puppy is born with an extra toe or toes. It is usually considered to be caused by a genetic variation and is often found in certain breeds like Saint Bernard and Mastiff**. The Norwegian Lundehund is a true polydactyl dog, with six fully formed toes rather than the standard four.

In general, the condition becomes an issue only if the nail on the extra toe isn’t clipped regularly and becomes stuck on objects while the puppy moves. If this occurs, the toe might tear from the limb, resulting in muscular damage. However, polydactyl toes can be surgically removed as early as two weeks after birth.

Pulmonic Stenosis is a congenital defect of the semilunar valve that’s located between the heart and the pulmonary artery. The leaflets of this valve are thickened, stiffened, or fused together. This allows blood to return to the heart without being oxygenated to nourish the cells.

Several breeds are more likely to be born with pulmonic stenosis, including brachycephalic dogs (Boston Terriers and Bulldogs), Terriers (Jack Russel Terrier), Labrador Retrievers, and Samoyeds. Other breeds that can also be affected are Newfoundlands and Boxers.

Many dogs show no signs of illness. Mildly ill dogs rarely experience complications and can lead a normal life. Dogs with severe disease, on the other hand, may experience exercise intolerance, arrhythmias, heart disease, heart failure, or collapse.

Patent Ductus Arteriosus (PDA) is a heart defect that occurs when the ductus arteriosus (the arterial shunt between the aorta and the pulmonary artery) fails to close down at birth. Some breeds such as Chihuahuas and German Shepherds are more likely to develop the condition.

There may be no symptoms at all but in some cases, the vet will detect irregular heartbeats or loud heart murmur upon examination. More severe cases of PDA are accompanied by fatigue, persistent cough, difficulty breathing, and even collapse if left untreated.

The condition can be treated through an open-chest surgery(thoracotomy) or minimally-invasive surgery (cardiac catheter-based occlusion). 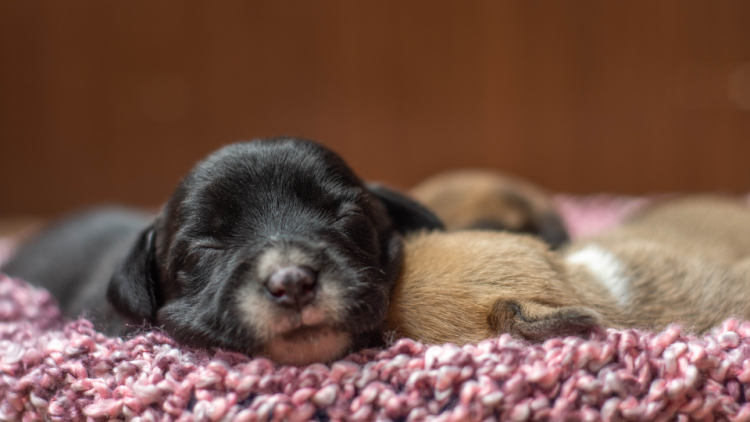 Also known as an undescended testicle, cryptorchidism is a condition in which one or both testicles fail to drop into the scrotal sac after birth (by eight to 16 weeks of age). Purebred dogs are most vulnerable due to the genetic origin of the disease.

Until or unless a problem develops, cryptorchidism is rarely associated with pain or other clinical indications. However, it can result in a complication called spermatic cord torsion, in which case the dog might exhibit abrupt and acute stomach discomfort. In some cases, a cryptorchid testicle can become cancerous.

Neutering and removal of the cryptorchid testicle is recommended as soon as possible.

An umbilical hernia is a congenital defect in the abdominal wall around the navel that allows abdominal contents to protrude. The umbilicus normally closes immediately after birth, however, it stays slightly open in dogs with an umbilical hernia. The condition is most commonly found in Maltese, Pekinese, Basenji, and Airedale Terrier breeds.

Symptoms of umbilical hernia, especially if it is a large, irreducible one might include pain, vomiting, decreased appetite, lethargy, etc.

If the hernia has not closed by the time of neutering/spaying, surgical repair is recommended.

Congenital conditions are almost always expensive to treat. For instance, a cataract surgery cost in dogs is between $2,700 and $4,000, whereas if your puppy has Patent Ductus Arteriosus, you might end up paying up to $10.000.

The good news is that most pet insurance companies cover both congenital and hereditary conditions, as long as you enroll your puppy before they show clinical signs. However, some providers won't cover congenital conditions (even if they cover hereditary disorders) because they consider them pre-existing, since the puppy had the problem from birth.

How To Take Care Of A Puppy

How To Puppy-Proof Your House

5 Common Illnesses In Puppies To Watch Out For

Parvo in Puppies: Everything You Need to Know

Most Common Accidents In Puppies By Pet Insurance Claim