Is your dog one of those super-nervous pets? Whether it is a vet visit or loud noises, nothing seems to help ease his fears and anxiety. In that case, your vet might prescribe trazodone.

Trazodone is used in veterinary medicine for its anti-anxiety and sedative effects. Many vets prescribe the drug for canines with anxiety and behavioral disorders, alone or in combination with other psychotropic drugs.

But is this human drug actually safe for your dog? Read on to find out how trazodone is used in dogs and whether there are any side effects you should be aware of.

Pro tip: Not all pet insurance policies cover behavioral issues, but there are some that do cover consultations with a licensed vet to diagnose anxiety, as well as therapies or drugs your dog needs to help calm their nerves. 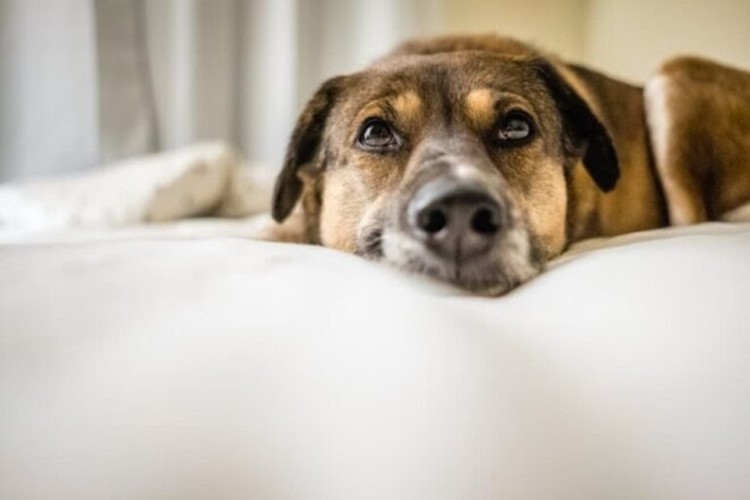 Trazodone is a serotonin modulator, i.e. it acts to normalize serotonin levels within the brain. Serotonin is a neurotransmitter that promotes a sense of well-being. By normalizing the levels of serotonin, trazodone provides mild sedation and relieves anxiety.

The drug has been around since the 1980s but vets started using it in the last decade or so. Even though it’s not approved by the FDA for use in animals, trazodone is often prescribed as an anti-anxiety drug for dogs.

Trazodone can be given either on a regular basis or before stressful events. In fact, some vets prescribe it to reduce stress before a vet visit. This way, the pooch will be calmer and the vet will be able to perform the exam without any obstacle.

What can Trazodone help with?

The drug is often used to manage generalized anxiety in dogs, but most commonly prescribed to help with situational anxiety, such as pups that are easily scared when traveling.

Some vets prescribe it after surgery to restrict activity during the recovery period and facilitate the healing of surgical incisions. It is also often used as a supplemental therapy in pups that don’t respond to conventional therapies.

Trazodone can help dogs with:

The use of this medicine to treat behavioral disorders in pets is 'extra-label' or ‘off label’, which means that you must follow your vet’s instructions strictly as they might be quite different from those on the label made by the manufacturer.

Trazodone side effects in dogs

Trazodone is considered to be quite safe to use in dogs, causing only mild and rare side effects. In the majority of cases, the dog will become more sedated or lethargic than expected. In some dogs, the drug may cause mild excitation or anxiety, and quite rarely this anxiety might result in aggressive behavior. GI symptoms like diarrhea or vomiting are also possible.

The list of possible Trazodone dog side effects includes:

If you notice any of the above-listed symptoms after administering trazodone, be sure to get in touch with your vet. 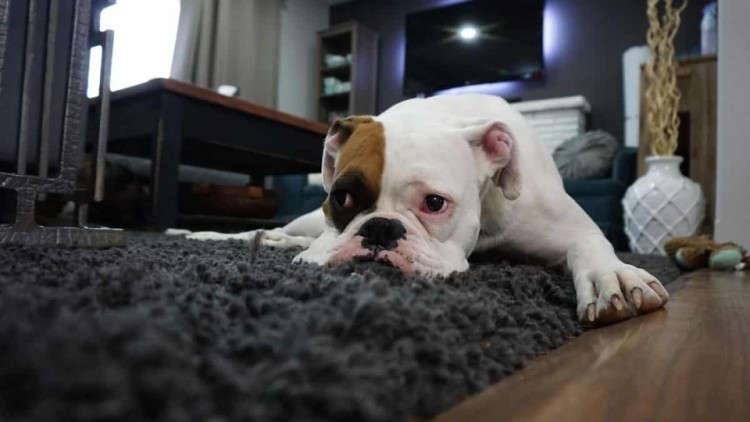 The drug is not recommended for dogs hypersensitive to the medication. It should also be used with caution in dogs with heart disease as well as those suffering from kidney or liver disease. Dogs with narrow-angle glaucoma should not use the medication either.

Some animal studies have found that very high doses can cause adverse effects on fetuses, so the risk of giving Trazodone to a pregnant dog versus its benefits should be considered by a vet.

Trazodone and other drugs

Trazodone is often combined with other drugs in order to maximize its benefits. Most commonly, vets combine it with other anxiolytics and mild sedatives like gabapentin to help with situational anxiety. These medications are safe to combine and they might be more effective together than trazodone alone.

The following medications should be used with caution when combined with trazodone:

If you notice signs of serotonin syndrome, contact your vet immediately.

Pro tip: By enrolling in pet insurance prior to symptoms of illness, your vet bills can be covered up to 90%!

Make sure to let your vet know if your dog is taking any medications, including supplements or vitamins. In addition, tell your vet if your dog has worn a tick collar or had a flea dip in the last 2 weeks and, if so, what kind. Preventic or dips containing amitraz might negatively interact with trazodone.

Trazodone is typically supplied in the form of a small white tablet and, less commonly, it might be supplied as a liquid or a capsule.

While some canines receive this drug 2-3 times a day on an ongoing basis, many dogs only take it intermittently, i.e. before highly stressful events.

The dosage for dogs will vary depending on a number of factors, one of the most important being the dog’s weight. In general, smaller dogs receive smaller doses than larger dogs.

Vets often start with smaller doses and increase the dose if necessary. Contact your veterinarian to get dosage instructions for your dog and to check if trazodone is safe for your specific pet.

The drug takes effect quickly, in about one to two hours, when used for short-term stress relief. However, for long-term treatment, it can take several weeks before full effects are observed. Trazodone stops working within 24 hours, but its effects can last longer in dogs with kidney or liver disease.

If you miss a dose of dog Trazodone, you should administer it as soon as possible. However, if it’s nearly time for the next dose, skip the missed one and continue with the regular schedule. Never administer two doses of Trazodone to your dog at once.

Store trazodone in the original bottle at room temperature and away from moisture. If your vet has made a special formulation for your pet, follow the storage recommendations for the product.

Trazodone overdoses can be serious and cause:

Signs of overdose are typically seen about 30 to 60 minutes after exposure. Usually, the clinical signs last 10 to 12 hours, but in some cases, they might last for more than 24 hours.

If you suspect an overdose or an adverse reaction to trazodone, contact your vet right away. If they’re not available, contact an emergency facility.

In these cases, treatment is largely supportive. The vet will likely recommend IV fluids and diazepam in case there are seizures or tremors.

Trazodone is used in dogs for anxiety-related conditions, including firework and thunderstorm phobias, separation anxiety, and to minimize activity after surgeries.

The drug can be given with food or on an empty stomach and might take up to two weeks to achieve a calming effect, especially when used alone. The most common side effects are decreased activity and sleepiness. If you suspect an overdose or an adverse reaction to the medication, call your vet immediately.

Make sure to follow your vet’s instructions very carefully when giving your pet any medications.

Shiba Inu Growth & Weight Chart: Everything You Need To Know

Benadryl for Dogs: Uses, Dosage, and Side Effects

3 Types of Nuts That Are Safe for Dogs to Eat

Corgi Growth & Weight Chart: Everything You Need To Know

Poodle Growth & Weight Chart: Everything You Need To Know