Leptospirosis is a disease caused by the bacteria called Leptospira, which are passed through the urine and can survive for a long time in moist soil or stagnant water. The disease causes damage to vital organs, such as the liver and kidneys, and is often fatal.

Pro Tip: Dog insurance does cover leptospirosis treatment costs if your pet is enrolled before an infection. Pet health insurance does not cover pre-existing conditions, so it’s important to enroll before any issues arise.

The leptospirosis bacteria are found worldwide in water and soil but are more common in areas with high annual rainfall and warm climates.

The bacteria can enter the body through the nose, mouth, scratches, and wounds. Dogs can get infected by:

Are Humans at Risk? Leptospirosis is a zoonotic disease, which means that it can be transmitted from animals to humans. Leptospirosis in people is a serious disease also known as Weil’s disease. It can cause flu-like symptoms, as well as vomiting, conjunctivitis, diarrhea, cough, stomach pain, and jaundice. Only about 10% of people develop severe symptoms, including liver or kidney failure, difficulty breathing, meningitis, and bleeding.

Symptoms of Leptospirosis in Dogs

The symptoms of leptospirosis in dogs often vary. Some pups don’t show any signs of illness, while others have mild symptoms that go away with minimal to no treatment. In fact, one study found that 25% of healthy unvaccinated dogs had antibodies to leptospirosis, which indicates that they had been exposed to the disease without their owners noticing any symptoms.

However, when leptospirosis does cause an illness in pups, it tends to be more severe in unvaccinated pets younger than six months of age. In these cases, the illness usually develops quickly (it takes about 4 to 12 days after exposure for a pup to start feeling ill) and is often fatal. It can also cause disease in dogs of any age and can be very severe and difficult to treat.

Symptoms of leptospirosis include: 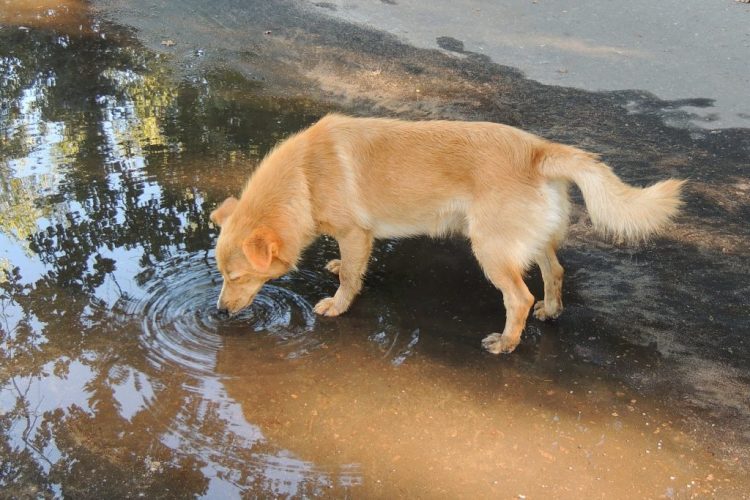 Leptospirosis may be suspected based on the symptoms and exposure history, but many of the clinical signs can easily be confused with other diseases. Besides a physical examination, your vet might recommend several other tests such as bloodwork, an ultrasound, and an x-ray.

Routine blood tests (CBC, serum biochemistry, and urinalysis) don’t provide a definitive diagnosis but they do give clues, which means that they’re the best starting point for diagnosing leptospirosis. If routine tests suggest that an animal is infected with the disease, additional testing will be necessary in order to confirm the diagnosis.

The two most common tests used to confirm leptospirosis are:

How to Treat Leptospirosis in Dogs

Antibiotics are usually effective in treating leptospirosis, and most pups respond quickly once therapy is started. When treated aggressively and on time, the chances for recovery are quite good but there’s still a risk of permanent residual liver or kidney damage. Special care must be taken by owners to not contract the disease while caring for their pets. This included isolating your pet as well as where protective equipment such as gloves and gowns.

Pups with severe liver or kidney damage might also require hospitalization for intravenous fluids, anti-nausea medications, and careful monitoring. The prognosis for severely infected pets is fair - depending on the case series, 50% - 90% of animals can be discharged from the hospital after a stay of up to 10 days. However, it should be noted that severe infection usually causes significant organ damage, causing rapid deterioration and even death despite appropriate treatment.

Sadly, if your furry companion becomes seriously ill with leptospirosis, you might have to consider putting him to sleep. 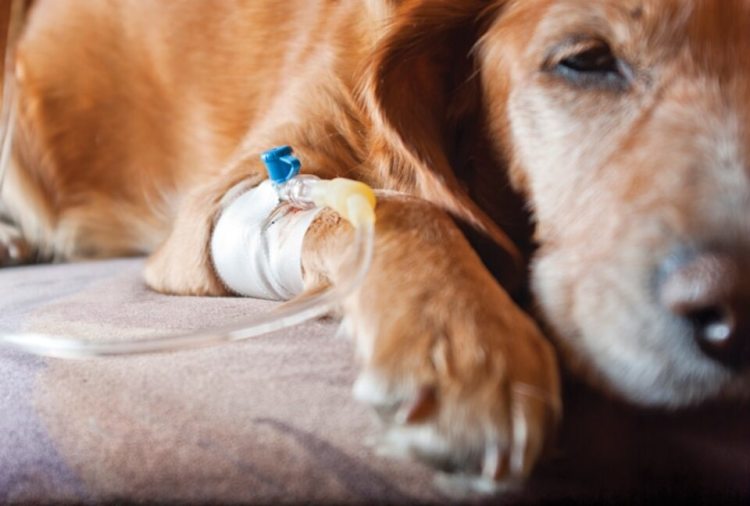 Pets with leptospirosis can be quite sick and treatment can be very expensive. On average, it costs about $2,000 to diagnose and treat a case of leptospirosis in dogs. This price can increase significantly if your pet's disease is more severe.

Pet insurance is a savings tool that every pet owner should consider to drastically reduce veterinary expenses. As long as you enroll before any illnesses or injuries arise, the insurance policy can reimburse you up to 90% of any unexpected vet bills.

How to Prevent Leptospirosis in Dogs

Vaccination and reducing your pet’s exposure to possible sources of the leptospira bacteria is the best way to reduce the chances of infection.

Animals with leptospirosis need to be treated in isolation in order to prevent them from spreading it to their owners, other pets, or hospital employees.

Even after recovery, your pet can keep spreading the leptospirosis bacteria through its urine and remain a risk to people and other pets for some time.

The American Animal Hospital Association (AAHA) considers leptospirosis a “non-core” vaccine for dogs, i.e. it is not highly recommended unless your pet is at high risk of contracting the disease or you live in a high risk area. That being said, many owners consider vaccinating their pets for leptospirosis just to be safe.

In some areas the leptospirosis vaccine is considered core by many vet hospitals due to increased risk in that particular area. It is recommended that you check with your veterinarian to see if it is needed in the area you live.

There are several different types of leptospirosis bacteria and there are different vaccines on the market to cover for the various strains. Most veterinarians use a vaccine to cover for the most common strains of the bacteria. It is important to note that your pet could contract a different stain of the disease that they are not vaccinated for. Currently available vaccines effectively protect dogs against the included strains for at least one year and even though they don’t always prevent infection, they tend to make the disease milder in case infection occurs.

Make sure to discuss the vaccine for Leptospirosis with your vet. The decision about the vaccine will be based on yours and your dog’s lifestyle and whether your community has had experiences with the disease.

Some dogs experience mild side effects following vaccination, such as lethargy and loss of appetite. Rarely an anaphylactic shock-like reaction can occur shortly after vaccination. However, vaccine reactions can be controlled medically, so be sure to call your vet if you have any concerns.

What can people do to prevent leptospirosis

As we mentioned earlier, an infected pet presents a low risk of infection for pet owners and veterinary staff, but there’s still some risk.

If your furry pal has been diagnosed with the disease, be sure to take the following precaution measures:

If you’re feeling unwell after exposure to an infected animal, be sure to seek medical attention. If you’re immunocompromised (due to cancer treatment, medications, or certain medical conditions) or pregnant, consult with your physician.

How to Get Affordable Pet Care in 2022: Money-Saving Tips